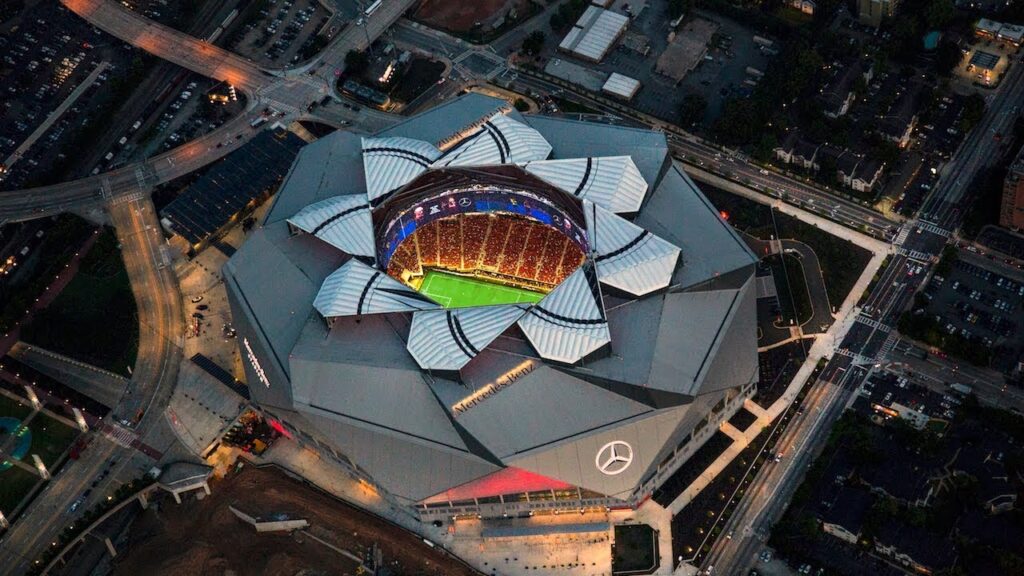 CSIE was the Electrical Engineer of Record for the electrical and cable plant design of the Head End Room within the newly constructed Mercedes Benz Stadium in Atlanta, GA.  This space housed the Distributed Antenna System (DAS) equipment for the stadium and was occupied by several telecommunications carriers.  The scope of work involved the addition of several cabinets to the existing Corning cage, as well as a reconfiguration of the ladder racks and cable trays serving the other carriers within the Head End Room.  It also included a design of an electrical distribution system to power the new Voltmeter cabinets located in various equipment rooms throughout the 100, 200 and 300 levels of the stadium.

The project was part of remedial work done by MBS to improve the WIFI capacity throughout the stadium. Several site visits were necessary to assess existing conditions and to determine suitable conduit paths for the electrical distribution and involved working with IBM and the electrical contractor to arrive at a constructible design.